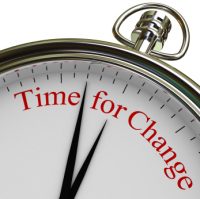 President Muhammad Buhari and the All Peoples Congress (APC) contested and won the 2015 election on a promise of change. They promised to change the lives of Nigerians for good. The change mantra was anchored on a three point agenda namely; the economy, security and the fight against corruption. These three points are obviously linked in Nigeria’s peculiar situation. It is now nine months since the president was sworn in. As is to be expected, opponents and supporters alike are assessing and rating the performance of the government theses past nine months in the areas of security, the economy and the fight against corruption. While some think that the president has done so much in such a short period, others think that he could have done a lot more. I will be assessing the performances from the view point of a woman and a mother. Every Nigerian woman must be observing the activities of the government with keen interest. This is because president Buhari’s campaign promises bear directly on the fortunes and welfare of women and their children. Whether we are Christians or Moslems, northerners or southerners, supporters or opponents, political or apolitical, we share a common need for security across the length and breadth of this country. A comatose economy affects women and children more because it determines at the end of the day whether there is food on the table or not. Only a system devoid of large scale official corruption can guarantee a healthy economy, good government, peace and security.

There seems to be a consensus that the president has done well so far in the area of peace and security. Insurgency in the North east has been reduced to the barest minimum as the boko-haram group has been largely or as the president put it, technically defeated. This is good news as women in the affected states can now go about their daily activities unmolested thereby enhancing productivity. Also with the attendant return of those currently housed in Internally Displaced Persons (IDP) camps, to their respective homes, there is bound to be increased economic activities in those localities. Needless to say, women and children form the bulk of those living in IDP camps. Money hitherto spent on maintaining those camps can now be channelled towards more productive ventures. It is gratifying to note the resoluteness of the regime in dealing with threats of insecurity in other parts of the country particularly in relation to pipeline vandals, armed robbers, pirates and kidnappers. However the upsurge in deaths and damages occasioned by clashes between Fulani herdsmen and local farming communities in North central, South western and South eastern states of the federation must be similarly dealt with now.

Many are of the opinion that the administration is concentrating on the fight against corruption with little or no attention to the economy. Needless to say, official corruption is endemic in the country and has hampered the growth of the economy for many decades. Infrastructural development has suffered as a result of corruption. Many government policies have suffered still births on account of corruption. Therefore any sincere effort at reviving and growing the economy must necessarily begin by dealing a death blow to corruption. The revelations emanating from the ongoing probe and prosecution of past government officials lend credence to this. The sums of money allegedly looted by functionaries of past administrations are mind boggling to say the least. These sums when recovered from the looters will go a long way in resuscitating the economy. The funds being recovered will almost offset revenue lost due to the global slump in crude oil prices. It is hoped that the anti- corruption war will be fought even more vigorously with a view to recovering as much of the stolen funds as possible and punishing the thieves accordingly. Our children and future generation of Nigerians must be made to appreciate the evil that corruption is and embrace integrity. In doing this, the government must endeavour to carry the populace along in order to checkmate the expected fight back by corruption.

The unforeseen slump in the price of and demand for crude oil worldwide has obviously taken the wind out of the sail of the government economic plans. The price of oil has fallen from its 2014 high of 100 US dollars a barrel to as low as 30 US dollars per barrel in the first quarter of 2016. This was totally unforeseen and out of the control of any government. Nigeria being a mono product (oil) economy, the impact on the economy has been massive. In response however, the government has plugged leakages in its finances (the Single Treasury Account TSA being one example), cut recurrent expenditure and embarked on reorganization and restructuring of Nigerian National Petroleum Company, NNPC. The restructuring of NNPC will lead ultimately to its unbundling and the creation of many independent and profit making entities. This is the right way to go. In the same vein, the government must be commended for its effort at revamping the ailing refineries and encouraging the establishment of new ones with a view to ending the importation of refined petroleum products. This will save the country enormous foreign exchange and create employment for a teeming work force. It will also ultimately bring down the pump price of petroleum products. Also to be noted is government’s effort to reposition the solid mineral sector . Together with its aggressive push towards a revolution in the agricultural sector, the long desired diversification of our economy will soon be attained. It must be pointed out however that the continuing scarcity of petroleum products and frequent power outages being experienced nation wide is a big burden on women and a disservice to the economy.

While I remain of the opinion that nine months out of a four year life of an administration is not enough to pass a verdict on performance, I dare say that the signs are good. It is not yet uhuru on any of the three points agenda of the government but we are well on the way. The government must remain focused on its goals. The citizenry on the other hand must remain patient and vigilant while supporting and helping the government to achieve its stated goals.