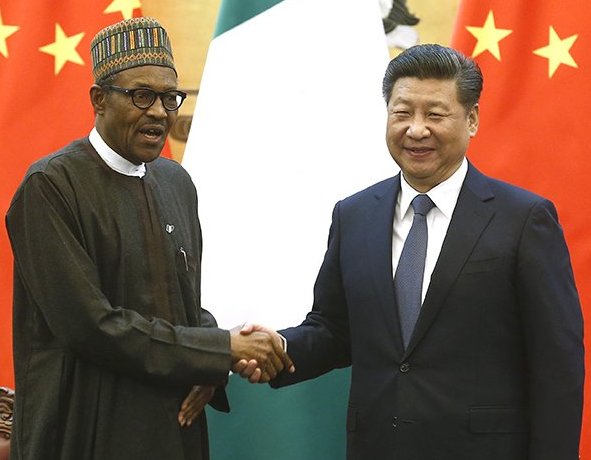 ith pride the recently concluded visit of Mr president, Muhammadu Buhari to the Peoples Republic of China. The working visit and the series of agreements signed with the Chinese to build infrastructure valued at over $6 billion are geared towards strengthening and diversifying Nigeria’s economy. We applaud Mr President on these agreements and other ongoing negotiations between the two countries.
Less we forget, previous governments have in the past signed similar agreements with China and other countries without such agreements seeing the light of day by way of implementation. We therefore urge Mr President to ensure that these agreements do not suffer the same fate.

The Green Women for Change appreciate and support any agreement or policy which is aimed at ameliorating the suffering of the masses and will uplift the living standard of Nigerians of all works of life. We are therefore particularly appreciative of the $2.5 billion agreement for the development of the Lagos Metro Rail Transit Red Line project as well as the $478, 657, 941 agreement for the construction of the 300 mega watts solar power in Shiriro, Niger state. We therefore condemn as detractors and unpatriotic those Nigerians who criticise the president’s oversea trips as mere jamborees. Knowing how fruitful these trips have been so far, we urge Mr president to undertake more of such trips.

n the Central bank of Nigeria and the Industrial and Commercial bank of China Limited is a bold move that will allow Nigerian traders and businesses, which import mainly from China, conclude their transactions in the Chinese currency (yuan) instead of  the dollar. Again, we commend this move as we believe that when implemented, the deal will surely reduce pressure on the naira and our forex reserve.

As we mark the second anniversary of the abduction of over 219 students from Chibok town by the boko haram insurgents, we commend the federal government for its commitment to the search and rescue of the girls. In the light of the recently released proof of life video by their abductors, we urge the president and Commander-in-Chief to intensify efforts aimed at returning these girls to their parents and community. Our confidence in their eventual return remains unshaken.