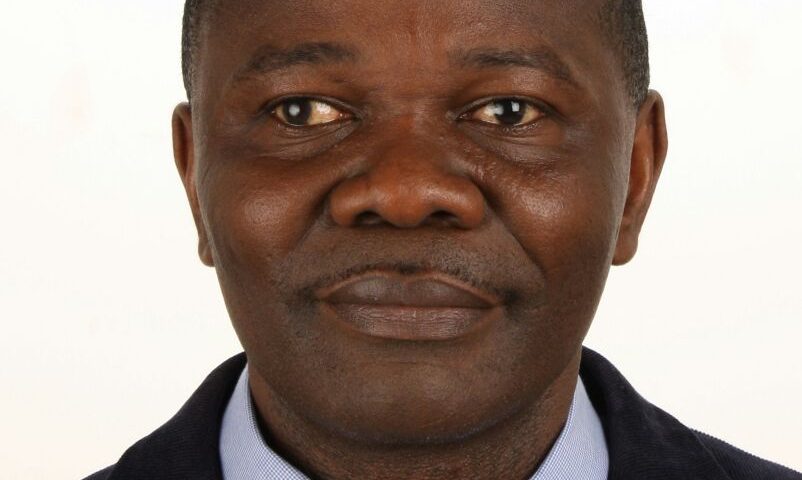 The Nigerian economy slipped into recession by the last quarter of 2015. Recession was therefore a dominant talking point in 2016. It provided opposition parties fodder to attack the government and its policies. In return, the federal government and the governing All Progressives Congress, APC seized every opportunity to explain that the country’s economy got into recession as a result of the profligacy and policies of its predecessor in addition to the prevailing slump in the price of crude oil, Nigeria’s biggest export and foreign exchange earner. Neither the attacks by the opposition parties notably the People’s Democratic Party, PDP nor the defense by the government provided any comfort to the masses who are at the receiving end of the recession characterized by rising inflation, unemployment, falling value of the national currency and infrastructural decay.

Under the federal government’s Home Grown School Feeding Programme, the government is partnering with participating state governments to feed 5.5 million pupils in public primary schools nationwide for 200 school days per year. While the federal government is responsible for giving pupils in primaries 1-3 a meal a day, the participating state governments will be responsible for the pupils in primaries 4-6. Caterers and cooks are appointed and the students are fed from fresh farm produce produced in each participating state. This way, agriculture is promoted and employment enhanced in addition to ensuring that the children are well nourished and equipped for academic work. As at the beginning of 2017, this programme has taken off and is running in just three states of the federation. Regrettably, paucity of funds has affected its roll out in all states.

The Conditional Cash Transfer (CCT) scheme is a direct transfer of 5,000 naira monthly to the extremely poor in the society. It is akin to social welfare schemes in place in most of the advanced countries of the world. It is a safety net for the poorest of the poor. However, it is conditional in that the beneficiaries have a role to play in order to be eligible . The recipients must show evidence of school enrollment and immunization for their children or wards. In this way, school enrollment in some educationally backward states and physical well-being of the citizenry is assured. One million Nigerians are targeted under this scheme. Nine states are mapped out for coverage in the first batch and beneficiaries in those states have since January 2017 received the first monthly transfer of 5,000 naira into their accounts. The states captured in the first batch include Borno, Kwara, Bauchi, Cross Rivers, Niger, Kogi, Oyo, Ogun and Ekiti.

The Office of the Vice-President explained recently that the nine pilot states were chosen because they have an existing Social Register that successfully identified the most vulnerable and poorest Nigerians through a tried and tested community based targeting (CBT) method working with the World Bank. However, other states have already begun developing their Social Registers and would be included in subsequent phases of the CCT implementation.

The N- Power Volunteer Corps is another of the social intervention programme of the government for which a cumulative budget of one trillion naira has been made in the 2016 and 2017 federal government budgets. This scheme aims to engage a total of 500,000 graduates on a volunteer basis with a monthly stipend of 30, 000 naira to work as teachers, agricultural extension workers and healthcare providers in their immediate communities. Participants will be trained in skills that will enable them exit after two years to economically viable jobs and business opportunities. For the first phase of the scheme, 200,000 graduates have been enlisted and posted to work in their respective states and have started receiving their monthly 30,000 naira stipend. 150,000 of them will work and be trained as Assistant teachers; 30,000 as agricultural extension workers and 20,000 as community health aids. The first batch of the graduate volunteers was taken from twenty states of the federation. The second phase is designed to enlist 300,000 graduates and their selection will soon commence.

The Government Enterprise and Empowerment Programme (GEEP) is essentially a soft loan scheme targeting 1.6 million women, traders, artisans, small businesses and youths. Under the scheme, soft loans of between 10,000 to 100,000 naira will be granted to these categories of people devoid of interest with a repayment period of 3-6 months and administration cost of 5% by the Bank of Industry (BOI). Beneficiaries are expected to be organized in co-operatives and market associations to access this loan. Under the first phase, beneficiaries have been identified and verified from the Federal Capital Territory, Abia, Adamawa, Bauchi, Delta, Imo, Kwara, Kano, Katsina, Lagos, Osun, Oyo, Ogun and Kogi states. Some of the beneficiaries have started drawing on this facility since November 2016. Thirty three thousand beneficiaries are expected to have drawn from the facility by the end of January 2017.

These schemes under the government’s special intervention programme (SIP) on social investment are no doubt laudable and, if faithfully implemented, are capable of cushioning the harsh effects of the current recession and ultimately lift millions out of poverty. Governments in Nigeria have never been found wanting in enunciating beautiful policies. The lack has been in faithfully and consistently implementing the policies. In other words, the devil is in implementation. It is worrisome to note that the government has already cut the 2016 budgetary allocation to the SIP from 500 billion to 320 billion. This cut was made in the president’s virement request to the National Assembly in November 2016 in which the president requested that 180 billion out of the 500 billion earlier earmarked for SIP be moved to other projects owing to paucity of funds. Another 500 billion naira has been proposed for the programme in the 2017 Appropriation Bill now before the National Assembly. It is hoped that with improvement in the price of crude oil in the international market, that the entire half a trillion naira is approved by the National Assembly and fully released for the SIP in 2017.

The haphazard implementation of the schemes across the federation is also of concern. While the school feeding programme is said to have kicked off in three states, there are discordant tunes as to whether indeed it is so. In this regard, it is important for the government to be forthcoming always with verifiable information. While all attest to the transparency in the way and manner beneficiaries were recruited for the N-Power Volunteer Corps, there are niggling doubts as to whether the other schemes will pass the transparency test. In a society increasingly cynical of government actions, it will be good if the government can carry the populace along in its bid to alleviate their sufferings. The people must be made to appreciate and own the schemes. The implementation of this programme should and must be shorn of all politics and partisanship. If this is done, president Buhari and his party, APC may well be able to keep their campaign promises of creating youth employment, developing agriculture, diversifying and growing the economy and generally improving the health and living standards of Nigerians. It behooves us as patriotic citizens to support the government in realizing these objectives.